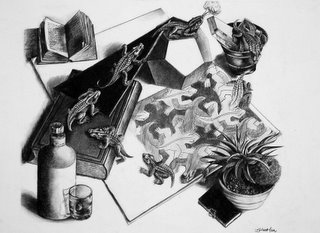 Crocodiles are ancient reptiles which are thought to have changed little since the time of the dinosaurs. Their sharp claws and fearsome jaws have been inspiring fear for thousands of years. These aquatic creatures love to loll in the slow-moving rivers and lakes of Africa, Asia, the Americas and Australia.
One particularly infamous crocodile has made his home on a river near Burundi's Lake Taganyika. Gustave is a crocodile who is said to measure six metres from snout to tail; a measurement which, even if exaggerated, puts him among the longest crocodiles of all time. The thing about Gustave is that he is a freshwater crocodile and his reported size rivals that of his saltwater cousins. Of course, that is only if Gustave is as long as people say he is.
The longest scientifically recorded crocodile was measured at 6.3 m on a crocodile killed on the Fly River in Papau New Guinea in 1983.
Of course, crocodiles, like fish, tend to grow the more people talk about them. A croc that was killed in the Bay of Bengal decades ago was said to be 10 m long. Later, the skull was measured by the British Museum and it was learned that the crocodile likely only measured 4.8 m. 5 metres is actually the average size of a full-grown saltwater crocodile. This crocodile, in other words, was no Gustave. Perhaps Gustave is no Gustave, for if his measurement doubled in the telling just as the length of the Bengalese croc did, we're really talking about a three metre crocodile which is nothing spectacular (unless you're being attacked, then it's pretty impressive).
Crocodiles tend to grow quite rapidly for the first fifteen years of their lives afterwhich they continue to grow at a much slower rate. Saltwater crocodiles commonly live to the ripe old age of seventy while freshwater crocodiles typically live to the age of fifty or sixty. A crocodile that died in Russia in 1997 was captured at the age of five or ten in 1890 which means he could have been as old as 115. More interesting, perhaps, is the fact that this crocodile's lifespan enveloped Russia's Communism quite comfortably and with a couple decades to spare.
Gustave's age is difficult to guess but it is safe to say that he's big for his age. A Frenchman by the name of Patrice Faye has been following Gustave for three or four years. It was Patrice who gave the crocodile his moniker "Gustave" in the first place. According to Monsieur Faye, the crocodile is particularly dangerous when he goes on his amorous adventures in search of feminine crocodilians: "One year I followed him on one of his forays and 17 people had been eaten from Kanyosha and Minago, and Kabezi and Magara." Now, this claim is difficult to substantiate as it is likely that Gustave gets credit for most of the crocodile killings along his routes. Nevertheless, Gustave is a dangerous old reptile and his reputation is one that causes quite a bit of fear among Burundian fisherman and bathers. Gustave is too slow to eat fish and small mammals and relies on larger and slower prey; namely humans. Sadly, Gustave has had many opportunities to gorge himself on dead corpses that have floated down his river.
Monsier Faye has made several attempts to capture Gustave but has failed. There have been a few attempts by Burundians to kill the crocodile as well but these, too, have failed. It is unknown how well the crocodile would fare in captivity, but hopefully he can develop a taste for beef.
Posted by John den Boer at 3:55 PM
Email ThisBlogThis!Share to TwitterShare to FacebookShare to Pinterest

a very informative piece jon...i learned lots about crocs...but 6m eh? Did I ever tell you about the 3 foot long minnow i caught?

Wheres Mick Dundee when you need him? Or, better yet, Steve Irwin?

Three foot minnow, eh? I don't think that ever turned up in our conversations.

Yeah, I'd like to see Steve Irwin try to wrestle a 6m croc.

I was attacked by a wolf once, it stood on its hind legs, was pink and fluffy and this happened in a dream.

... and this has little to do with your post, I just felt like wasting pixels on your blog.

Sweet article, I also did a little research on gustave. I am doing more and creating a website to document it. www.crocodilegustave.com Sweet site john.