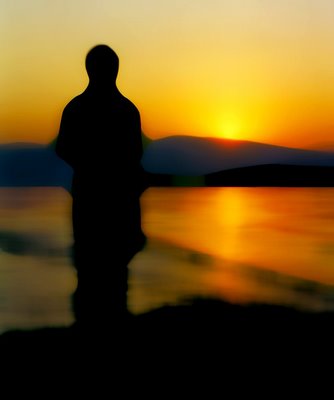 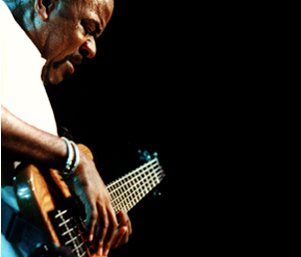 Michael Franti and Spearhead in Concert


I discovered Michael Franti's music approximately three years ago when I downloaded a collaborative Marley cover he did with the husky-voiced Stephen Marley. One year later, I found the album this song belonged to and promptly bought it. The album, Chocolate Supa Highway is an eclectic mix of funk, reggae, soul and hip hop. I immediately appreciated Franti's deep soulful voice and simple but effective lyricism. I bought Stay Human and Everyone Deserves Music shortly afterwards and thoroughly enjoyed both albums; although the former remains my favourite. Later, I bought Songs from the Front Porch, an acoustic album, which is also enjoyable.
On a warm Sunday night at the Ottawa Bluesfest I had the opportunity to watch Michael Franti perform alongside his band, Spearhead. I waited patiently alongside my beautiful wife and our friend for Annie DiFranco to finish her set, and then waited further for the crew to set up for Michael Franti. Finally, the band appeared: bassist Carl Young (not to be confused with Karl Jung), uber-guitarist Dave Shul (I just wanted to use "uber" somewhere in this review), drummer Manas Itiene (formerly of Nigerian reggae group "the Mandators), and some guy on keyboards.
The band began playing a throbbing reggae riff and Franti appeared on stage juggling a soccer ball. Franti, who must be at least 6"3, was surprisingly agile for a musician. Franti immediately asked if there were any French fans in the crowd and immediately cried, "Viva Italia!" Apparently, Franti had taken in a game down on Preston and was enthused by the Italy's rather lacklustre performance. Yeah, I said it --- France deserved that game and Italy was lucky to make it to the second round, nevermind the final.
Ah well, it matters little now. Franti launched into his first songs and the crowd loved every minute of it. From reggae to funk to rock to hip hop, Franti played it all. As marijuana smoke wafted through the air (yes, marijuana smoke invariably "wafts" in the same way that Dutchman are "dour" and area witnesses testify "that nothing like this ever happens in this neighbourhood") the energetic concert continued. The crowd of approximately 16,000 heard the new cuts from Franti's upcoming album "Yell Fire" which, if the live performance is any indication, is going to be a superb effort. The dreadlocked Franti danced about the stage and, like any good frontman, gave his band every opportunity to show their talents. Dave Shul is, in my amateur estimation, a stunning guitarist with masterful skill. Manas Itiene was fire on the drums and even added some decent raggamuffin vocals to the mix. I once heard a radio host dismiss bass players as unnecessary, which is probably among the dumbest things I ever heard on the radio; but if that obtuse radio host had witnessed Carl Young playing that bass, he would have immediately retired from broa 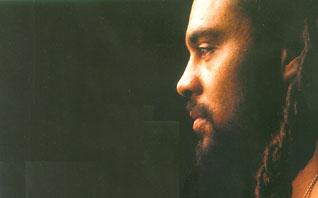 dcasting.
Franti's politics lie somewhere to the left of John Lennon singing Kumbaya, but one can't dismiss the passion, love, and pure uplifting power of his music. From environmentalism and world justice to peace and legalization, Franti sings what is on his heart. The world needs idealists like Franti to counter the often sociopathic excesses of so-called realists. Michael Franti and Spearhead are definitely worth seeing live and I would whole-heartedly recommend attending one of his concerts if you ever get the chance.

Thank you Laurianne, for such a great birthday gift.
Posted by John den Boer at 4:11 PM 5 comments: Links to this post
Email ThisBlogThis!Share to TwitterShare to FacebookShare to Pinterest

Dear Boerishbwoy,
I am an eleventh-century English peasant labouring under the benevolent protection of my feudal lord. I enjoy back-breaking labour, bone-gnawing hunger, and subsistence wages as much as the next man, but sometimes I wonder if there is something more. Don't get me wrong, I love the fact that my lord will allow me to run behind his castle walls in the event of some violent action by a power-hungry neighbour seeking to further his property-line. I also understand that it is only fair for me to pay a healthy chunk of my wages back in taxes, and I know that it is only just for me to pay handsome fees to use the mill and the oven. Sometimes, however, I get this feeling of repression. My wife tells me I should just count my blessings, but after those five seconds are over I still feel the same way. What should I do? - A tad repressed in Northumberland.

Dear Repressed,
So you're hungry and you're being paid slave wages. So what? At least your pate hasn't been cleaved in two by Viking raiders. Quit whining and just do your work. I have also taken the liberty of reporting you to your feudal lord. Once he gets a monk to read my letter and your lord finds aout about your apparent literacy, you'll learn what real subjugation is.

Dr, Boerishbwoy,
I dont think that u reely need to half grammer in school, lol. I mean!!! Y should we suffer, lol!!! lol!!!! I h8 doing all that werk!!! I can tipe @ 90wmp & so I hardly need something ass arkaic as grammer!!!! I alredy no big words like osterize and recapitulate and ass I half alredy shewn, I can string together a sentients, lol!!!!! Plz right back sewn xoxoxoxo lol lol lol lol!!!! - cRaSeE~Grl165

Dear cRaSeE,
You have clearly shown the power MSN Messenger has to teach proper sentence structure. You're absolutely right, you shouldn't, under any circumstances, not learn your grammar.

Dear Boerishbwoy,
I'm a member of a Mongol horde and I'm just writing to complain about the bad rep we receive in all of the modern history books. Okay, it's not that we didn't do all the atrocities we're accused of, it's just that we're represented as somehow more barbaric than say, the Greeks or Romans. Somehow, when the Greeks slaughter one third of a city it's a glorious victory, but when a Mongol does the same thing and even thinks of piling his victims' heads in an aesthetically pleasing pile, it's an atrocity. Plus, we never hang our criminals on crosses for hours and hours like the Romans. Just because we're short and a little coarse does not mean we're barbaric. - Angry Fourteenth Century Mongol.

Dear Angry,
The Greek Acropolis is much more aesthetically pleasing than your pile of decapitated heads. Also, you may not hang your criminals on crosses, but there is a certain degree of savagery in cutting a man's hamstrings and leaving him to die on the open steppe. Try not to herd a milling mass of civilians in front of yourself on your next attack and maybe historians will reconsider labelling your victories as atrocities.

Dear Boerishbwoy,
I frequent a messageboard where I display my vast superiority over other posters by scoffing at whatever they say. Then, when they refute everything I say with cold hard facts, I feign that I am bored with what they're saying by pretending to fall asleep. Pretty smart, huh? - Narcoleptic in Cyberspace.