Have you ever wondered what a soccer match between Japan and the Netherlands would look like in anime? Neither have I, but the result involves a lot more shouting and slow motion than I would have thought. Look out for Edgar Davids, Seedorf (?), the gigantic Jaap Stam, and Holland's saviour against the Japanese, Edwin Van der Sar.

Posted by John den Boer at 2:11 PM 13 comments: Links to this post
Email ThisBlogThis!Share to TwitterShare to FacebookShare to Pinterest 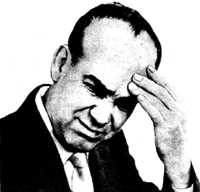 
The legion of loyal Boerishbwoy readers may remember a previous post which answered some FAQs. For the uninitiated, FAQ stands for Frequently Asked Questions, and Boerishbwoy is the greatest blog in the universe. Our mailbag has been inundated with questions about the site and the mysterious and brilliant author of this wonder of the blogosphere, John den Boer. Here, finally, are some answers:

Q - I'm so sick of love songs, so sad and slow, so why can't I turn of my radio?
You may be listening to a heavy metal station or perhaps you're just lazy. Or maybe, just maybe, you like to wallow in your own love-sick misery.

Q - Why does life suck?
Life does not, in fact, suck. If life sucked it would mean that life was a vacuum. A vacuum, as any grade seven graduate knows, is the absence of matter. Since life contains matter it is not a vacuum and, consequently, we can say that life matters.

Q - How do you know that the Greek philosophers would call your puns brilliant?
We asked one.

Q - That's not possible, I saw him and he is probably only six foot one at the most.
That's a statement, not a question and so it would seem that you do not, in fact, expect an answer. Furthermore, you don't seem sure of yourself, so maybe you should check your facts or vision or possibly a combination of both of those things.

Q- You said, and I quote, "and Boerishbwoy is the most popular blog in the universe."
N-no, uh, well, listen there are soldiers who wake up every morning in Iraq wondering if today is their last day on earth and so you should know, sir, that your question is not only disengenuous but also unpatriotic.

Q - Your answer was disengenuous, wasn't it?
You don't seem sure of yourself, do you?

Q - What colour would a smurf turn if you choked it?
White.

Q - How much wood would a woodchuck chuck if a woodchuck could chuck wood?
We brought this question to the big kahuna himself, John den Boer, who stated the following: "If a woodchuck could chuck wood he would probably only be able to chuck woodchips and since woodchucks are notorious for their short attention spans a woodchuck would only be able to chuck a half a shovel-full of woodchips. Unless, of course, the woodchips were blocking the entrance to its sleeping quarters, in which case the woodchuck would either dig a new hole or chuck the approximate equivalent of a five-foot-long two by four. That is, of course, if the woodchuck we are referring to is a gopher as, in some areas, woodchuck is used to denote a woodpecker. If we are, in fact, referring to a woodpecker the amount of wood works out to a much more impressive half a yard."

Posted by John den Boer at 8:16 PM 12 comments: Links to this post
Email ThisBlogThis!Share to TwitterShare to FacebookShare to Pinterest

"All the lonely people, where do they all come from?" the old man mused from his perch on the park bench.

"Where the streets have no name," his stooped friend answered glibly from beside him.

"I'm so lonesome I could cry," the old man muttered.

"Please don't worry about a thing," his friend assured him, "'cause every little thing is gonna be alright."

"How often people change, no two remain the same, why things don't always turn out as you planned," the old man paused looking at his dry dusty shoes, "These are the things I don't understand . . ."

The friend remained silently in thought and the old man suddenly added, "Yeah, these are the things I don't understand."

"Been dazed and confused for so long," the old man said in bewilderment and pointing his finger at his friend, he declared, "it's not true."

"Miracles can happen, when you believe," the friend offered, placing a hand on the old man's shoulder.

"Does my happiness upset you?" the friend asked pointedly, "Why are you best with gloom?"

"I see clouds of blue, clouds of white, bright blessed days, warm sacred nights and I think to myself," the friend paused for a moment, "what a wonderful world."

"How can you be sitting there, telling me that you care - that you care," the old man shook his head, "when everytime I look around the people suffer in suffering in everyway, everywhere?"

"In every life we have some trouble, but when you worry you make it double," the friend said assuringly, "don't worry, be happy."

"The whole world is wrong it seems , oh, I guess it's the chains that bind me," the old man intoned darkly, "I can't shake it loose. These chains and things."

"They say freedom, oh, freedom is just another place to hide. Now I'm coming to you with my arms open wide," the friend held out his arms to embrace the old man.

"It's getting dark, too dark to see, I feel I'm knockin' on heaven's door." the old man pushed his friend away grimly.

"You've gotta walk and don't look back," the friend declared, "If it's love that you're running from there is no hiding place. Just your problems, no one else's problems you just have to face."

"Sittin' here resting my bones," the old man pondered, "and this loneliness won't leave me alone."

"Everything is everything," the friend shrugged, "what is meant to be, will be. After winter, must come spring. Change it comes eventually."

"I’ve squandered my resistance for a pocketful of mumbles," the old man grumbled, "such are promises."

"Did you exchange a walk on part in the war, for a lead role in a cage?" the friend asked in exasperation.

"But people just don't seem to understand how someone can feel so blue . . . they call me Mr. Pitiful," the old man bit a quivering lip.

"Give me one reason to stay here and I'll turn right back around," the friend stumbled to his feet and turned to leave.

"Because maybe you're gonna be the one who saves me?" the old man offered.

Posted by John den Boer at 7:11 PM 13 comments: Links to this post
Email ThisBlogThis!Share to TwitterShare to FacebookShare to Pinterest 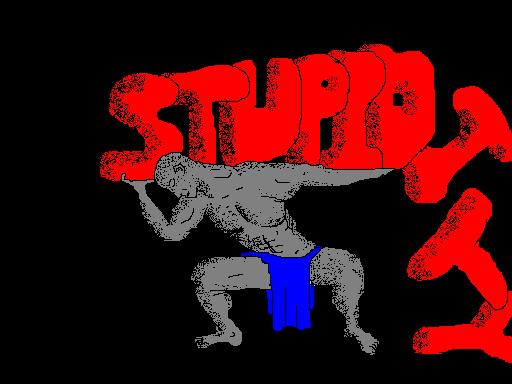