I guess it sounds more extreme than promising something like "I'd wait for five hours at the doctor's office with you." or "I'd follow you into twenty-five different shoe stores for an entire day" or "I'd spend an awkward afternoon at a baby shower for you."

It's probably better to say you would do something for a circumstance that would never arise anyways.
Posted by John den Boer at 3:41 PM No comments: Links to this post
Email ThisBlogThis!Share to TwitterShare to FacebookShare to Pinterest


•A girl whose favourite Bob Marley song was by Bunny Wailer.
•Advice on balding with dignity. Conclusion: the comb-over is a no go.
•The definition of the word "irony." I'm still confused (it's Alanis' fault). What, for example was Dostoevsky referring to when he talked about an ironic smile? I want to see a picture of an ironic smile.
•A quote attributed to Bob Marley that was in American Standard English.
•Some soccer cleats.
•An article about minority leadership. As in a minority government’s leader, not leaders who are minorities.
•A picture of Edgar Davids protecting a fan from the police.
•The website of the Radical Marijuana Party of Canada. We (I was with a friend) tried to find their platform, but somehow we just found a step by step guide to building a website. Conclusion: they’re not ready to govern.
•The platform of the Christian Heritage Party of Canada. They’re flirting with votes from the far right now by misrepresenting Islam and calling for a moratorium on all immigration from countries with Sharia law. Fortunately, they’ll never get a seat.
•Highlights from the Barca Real Madrid match.
•That 1-year-old Dutch kid who was signed to VVV-Venlo. This kid has skills, for real.
•News about the royal wedding. Billions of people were watching? Why? I don’t get it.
•Top news in Ottawa: it was really windy yesterday.
•A recipe for marble cheesecake.
•The address of a CRC church in Ottawa for when my grandmother visits.
•My fantasy soccer team scores. I do better when I forget to change my picks.
•My turf soccer team's standings. We were in first place for one week. We’re probably in second now again.
Posted by John den Boer at 11:57 AM No comments: Links to this post
Email ThisBlogThis!Share to TwitterShare to FacebookShare to Pinterest

I had a royal wedding back in 2005 and nobody made a big fuss like this.
Posted by John den Boer at 5:22 PM No comments: Links to this post
Email ThisBlogThis!Share to TwitterShare to FacebookShare to Pinterest 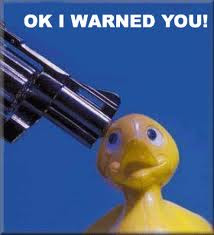 Someone in my workplace has a cellphone that quacks. This wouldn't be too bad if it weren't for her regularly not answering her phone.
Posted by John den Boer at 12:02 PM No comments: Links to this post
Email ThisBlogThis!Share to TwitterShare to FacebookShare to Pinterest

Starstruck couple - they literally stop and wait for the blinking hand to become solid. Then, entirely wrapped up in eachother, they proceed to cross the street, completely oblivious to the traffic that is too polite to honk at them.
Posted by John den Boer at 2:23 PM No comments: Links to this post
Email ThisBlogThis!Share to TwitterShare to FacebookShare to Pinterest

I just watched "the Searchers" and was thoroughly unimpressed. The story wasn't interesting, and the First Nations were portrayed as half-witted terrorist goombahs whose savagery infected white captives like some kind of schizoid virus. Most of all, John Wayne can't act worth shit. Did he have some kind of speech impediment that made him speak like a half-wit?

What a waste of time.

"I don't feel we did wrong in taking this great country away from them. There were great numbers of people who needed new land, and the Indians were selfishly trying to keep it for themselves."

~ John Wayne, telling off the Indians for their selfishness.
Posted by John den Boer at 7:49 PM No comments: Links to this post
Email ThisBlogThis!Share to TwitterShare to FacebookShare to Pinterest

As long time boerishbwoy readers may know, I am a big fan of watching commercials. I wait impatiently through the mundane adventures of Jack Bauer so that I can watch products flashed quickly and stylishly before my eyes in thirty second intervals. Commercials fill that void in my soul the way only sales pitches for cleaning products, life insurance, lottery cards, tampons, beer, khaki pants, and cars can.

So, it was with much happiness that I discovered this beauty of a commercial:
Toyota Highlander

People need to know that instead of spending time with family, children need to be entertained by mindless cartoons in a cocoon that protects them from anything that might build their character. We do not need any more encouragement to the imaginations of our youth. Why allow a child to entertain their minds with puzzle books, road games, maps, or even the seatbelt beside them when we just want them to be quiet? Do you think the North Korean government is encouraging imagination? I sincerely doubt it. Children need to be exposed to music with parental advisories that their parents were too lazy to check into. How else will they learn about sex? Children need to be ignored so that they have angst and can grow up to write bad poetry. The world needs more bad poetry.

Listen, you neeeed this car. It's an SUV. It is huuuge. Besides the back of your head, you will be invisible to your children! You will no longer be lame. You can go straight in a left turn lane. Why? Because your car is so incredibly huge that you can basically do whatever you want. You do not need to greet the parents of your child's friend even though the windows are open. Who wants social interaction anyways? What you have here is a self-sustained autonomous island free from the pestering influences of other people.

So, max out your credit cards and incur massive debt. Do whatever it takes to get this car because you do not want your children thinking you're lame. Do it. Do it for the kids.
Posted by John den Boer at 9:55 AM No comments: Links to this post
Email ThisBlogThis!Share to TwitterShare to FacebookShare to Pinterest

The Main Differences Between Americans and Canadians

Americans know that their country is number one, rankings be damned. Canadians are ecstatic if they are mentioned in the top ten.

Almost all Americans have accents. Canadians honestly believe that they speak in standard American English, with a few colloquial expressions and ehs thrown in.

Americans have green paper money. Canadians have paper money in a multitude of colours . . . it's also much crisper.

Americans have the ugly side of Niagara Falls while Canadians are stuck with the beautiful side.

Posted by John den Boer at 4:23 PM 3 comments: Links to this post
Email ThisBlogThis!Share to TwitterShare to FacebookShare to Pinterest

This is the Title, It Contains Numerous Capitals and Is in a Larger Font.

This here is the attention-grabbing first sentence, which, unfortunately, defines the topic at hand using a common dictionary. This sentence questions that definition. This sentence contains the actual content of this piece. This is a humourous anecdote that will pull you even further in. This is a serious statement that will make you nod your head gravely in agreement.

This is a terse statement.

This is a well-worded but ultimately meaningless sentence that may sound impressive but really isn't saying anything. This is a sentence that basically repeats what was said earlier but more emphatically. This sentence provides a poorly constructed metaphor that ultimately fails to provide any parallel to the topic at hand. This sentence contains a stronger metaphor that confuses you because it is completely different than the previous metaphor.

This sentence is filled with righteous indignation. This sentence is extremely long, containing numerous commas, unnecessary clutter, and a mildly veiled insult to those of an opposing view. This sentence does not belong here, it should be in the first paragraph. This sentence has very little to do with the topic but does show the author's knowledge of a completely unrelated field.