Your Type is
INFJ
Other INFJ's:

(I wonder when Nathan, prophet of Israel, Aristophanes, Chaucer, and Goethe took the personality test. I am also curious as to how Mel Gibson and Mother Theresa of Calcutta ended up with the same personality.)

INFJs are distinguished by both their complexity of character and the unusual range and depth of their talents. Strongly humanitarian in outlook, INFJs tend to be idealists, and because of their J preference for closure and completion, they are generally "doers" as well as dreamers. This rare combination of vision and practicality often results in INFJs taking a disproportionate amount of responsibility in the various causes to which so many of them seem to be drawn.

INFJs are deeply concerned about their relations with individuals as well as the state of humanity at large. They are, in fact, sometimes mistaken for extroverts because they appear so outgoing and are so genuinely interested in people -- a product of the Feeling function they most readily show to the world. On the contrary, INFJs are true introverts, who can only be emotionally intimate and fulfilled with a chosen few from among their long-term friends, family, or obvious "soul mates." While instinctively courting the personal and organizational demands continually made upon them by others, at intervals INFJs will suddenly withdraw into themselves, sometimes shutting out even their intimates. This apparent paradox is a necessary escape valve for them, providing both time to rebuild their depleted resources and a filter to prevent the emotional overload to which they are so susceptible as inherent "givers." As a pattern of behavior, it is perhaps the most confusing aspect of the enigmatic INFJ character to outsiders, and hence the most often misunderstood -- particularly by those who have little experience with this rare type.

Due in part to the unique perspective produced by this alternation between detachment and involvement in the lives of the people around them, INFJs may well have the clearest insights of all the types into the motivations of others, for good and for evil. The most important contributing factor to this uncanny gift, however, are the empathic abilities often found in Fs, which seem to be especially heightened in the INFJ type (possibly by the dominance of the introverted N function).

This empathy can serve as a classic example of the two-edged nature of certain INFJ talents, as it can be strong enough to cause discomfort or pain in negative or stressful situations. More explicit inner conflicts are also not uncommon in INFJs; it is possible to speculate that the causes for some of these may lie in the specific combinations of preferences which define this complex type. For instance, there can sometimes be a "tug-of-war" between NF vision and idealism and the J practicality that urges compromise for the sake of achieving the highest priority goals. And the I and J combination, while perhaps enhancing self-awareness, may make it difficult for INFJs to articulate their deepest and most convoluted feelings.

Usually self-expression comes more easily to INFJs on paper, as they tend to have strong writing skills. Since in addition they often possess a strong personal charisma, INFJs are generally well-suited to the "inspirational" professions such as teaching (especially in higher education) and religious leadership. Psychology and counseling are other obvious choices, but overall, INFJs can be exceptionally difficult to pigeonhole by their career paths. Perhaps the best example of this occurs in the technical fields. Many INFJs perceive themselves at a disadvantage when dealing with the mystique and formality of "hard logic", and in academic terms this may cause a tendency to gravitate towards the liberal arts rather than the sciences. However, the significant minority of INFJs who do pursue studies and careers in the latter areas tend to be as successful as their T counterparts, as it is *iNtuition* -- the dominant function for the INFJ type -- which governs the ability to understand abstract theory and implement it creatively.

Posted by John den Boer at 5:52 PM No comments: Links to this post
Email ThisBlogThis!Share to TwitterShare to FacebookShare to Pinterest

- The relatively new album from the Roots, Game Theory, is a great one. If you love the Roots it's definitely a solid purchase.

- I usually start an update by saying that I haven't done this for a while. I've decided not to do that this time.

- "I mean that a defeat in Iraq will embolden the enemy, and will provide the enemy more opportunity, to train, plan to attack us, that's what I mean. One of the hardest parts of my job is to connect Iraq to the war on terror." - George H.W. Bush

- I wish I had unvarnished access to the truth. That would come in handy during a debate.

- - How much respect should you give a political pundit who appears on a tawdry reality show? Tucker Carlson is the man who once called Canada "America's retarded cousin", and who was schooled by Jon Stewart on the now-cancelled Crossfire show on CNN. Now he showed the world that he is sorely lacking in the rhythm/balance/agility department on "Dancing with the Stars." I would post a link but it really isn't worth anyone's time.

- People need to stop comparing everything happening today to the events of World War II. Until a powerful militaristic totalitarian state appears which is bent on expansion and brutally murders all in its path, the overwhelming majority of these comparisons fall flat. And, quite frankly, they belittle the sacrifices of millions of veterans and the deaths of countless innocents.

- I saw Stephen Harper and Jack Layton up close on Friday. 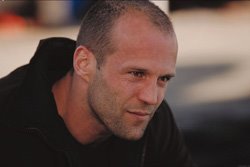 dents compared my new look, with the haircut, to Jason Statham. I'm not kidding. I must admit, I lack the brawn or pure thuggery of Jason Statham but I have heart . . . and a receding hairline.


Here are a few other famous faces I've been compared to: 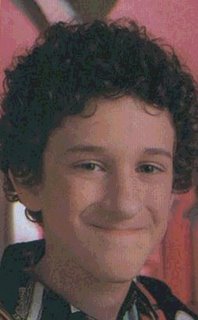 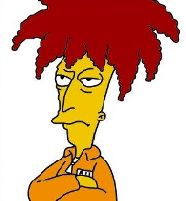 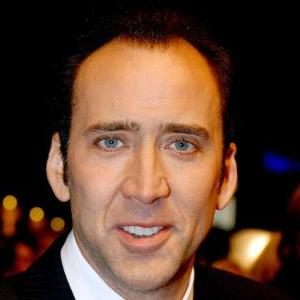 - I got to witness a boat going up the locks on the Rideau Canal on Friday as well. Lieutenant-Colonel John By you're the man.

- Lieutenant is pronounced as "Leftenant." We're in Canada, after all.

- Bill Frist recently claimed that he couldn't reveal what the United States considers torture because then the enemy could train for it . . . wha?

- I want to thank everyone for their concern for my sister Linda. Please keep her in your prayers and pray for her restoration, recovery, and healing. We all miss the laughing, smiling, genuinely joyful presence of our dear sister and friend. Here is a newspaper article relating to the cult. Peter Rigo is a false teacher whose blatant sociopathic manipulation of his followers stands against all that the church stands for. Don't let your anger turn to hatred, but let the bitter taste of injustice churn your stomach and bring you to your knees as you approach the Father for justice.
Posted by John den Boer at 7:54 PM No comments: Links to this post
Email ThisBlogThis!Share to TwitterShare to FacebookShare to Pinterest

I walk through glowing green fields
the grass is damp and the earth yields,
soft and uncertain like a newborn deer
tottering, bounding, now leaping with glee
bold and lively, prancing without fear
Ah, what a pleasure this is to see!
I walk under the baking sun
my breaths are deep, and my sweat runs
the earth is firm like a ripe plum
sweet and juicy and tart on my tongue
thunder rolls and grumbles like a drum
See how the August skies have sung!
I walk through forests dark and deep
the wind whips my face and makes me weep
the breeze swirls all the rusty leaves
which snap and crumble beneath my feet
like all the things you once believed
Aye, see how the wind scatters those empty sheets!
I trudge the icy rocks and snow
the sun is faint like the dying glow
of a fire fading as it grows old
and the embers fade to blackened coal
as my bones crack in this icy cold
Lord, its clammy claws spear my soul!

and then I awake in those glowing fields
and feel that soft earth as it yields
. . . I use this memory as my shield.
Posted by John den Boer at 3:34 PM 6 comments: Links to this post
Email ThisBlogThis!Share to TwitterShare to FacebookShare to Pinterest
Newer Posts Older Posts Home
Subscribe to: Posts (Atom)