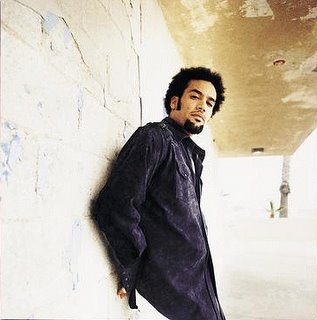 Ben Harper: Both Sides of the Gun


As many people know, a gun has two ends, or sides, as Harper prefers to call them. The implication of being on both sides of a gun is that you are not only aiming the gun at someone but also having the gun aimed right back at yourself. Harper's album Both Sides of the Gun contains one white cd of mellow emotionally vulnerable songs and one black cd of harder up-tempo revolutionary songs i.e. both sides of a gun. Of course, the temptation to view the album as two separate offerings has proven too strong for some reviewers who forget that the album is two sides (cd's) of the same gun (album). Both cd's contain nine tracks which as any music aficionado, unless they're some kind of heedless vinyl fan, knows, can usually fit quite comfortably onto one cd. Harper's decision is a creative choice, not an attempt to glut his album with an overabundance of tracks.

Harper has been around since his first solo album, Welcome to the Cruel World caught the attention of a few fans in 1994. Since then, Harper's honest lyricism, genre-breaking experimentation and masterful musicianship has gained him a loyal following. Anyone who has seen a live Harper concert (or, in my case, a concert DVD) with his talented band, the Innocent Criminals, can testify that Harper's talent is not the slick mixing-board magic the world has grown so accustomed to these days but is the actual sound of a real band playing *gasp* actual music.

Harper's previous album, Diamonds On the Inside was criticized by some as being far too polished and perhaps as a reaction to this the album has a more raw and earthy feel to it. The white cd, which faces the metaphorical barrel of the gun, contains symphonic strings and acoustic guitar while the black cd, which holds the metaphorical handle of the gun, has more drums and electric guitar. Of course, this is a simplistic interpretation, as the highly eclectic Harper's love for music crosses the boundaries of genres from rock to jazz to funk to reggae to the blues. Indeed, Harper recently recorded the Grammy-winning There Will Be a Light with the Blind Boys of Alabama. Few musicians could move from gospel to an albums such as this with such ease as the maverick Harper does.

The first cd is the mellow Harper, the surfing Californian, the introspective poet, the existentialist, and the friend of Jack Johnson. The album opens with "Morning Yearning", a pleasant opening for a solid set. Next is "Waiting for You" a great song somewhat reminscent of Harper's awesome "Amen Omen" from Diamonds on the Inside. The cd continues with the slow pace which is held in place by Harper's soulful vocals and the soaring combinations of string quartets, guitar, bass and percussion. On the sedond-last track "Cryin' Won't Help You Now", Harper gives the Eccesiastical meaningless speech with the lyrics "Now your poets, Have all put down their pens, The only songs to sing, Are those sung again, Lonely just doesn't, Look good on you somehow . . ." For the sentimentalist Harper fortunately ends on a positive note with "Happy Everafter In Your Eyes," an ode to his soulmate, Laura Dern (?).

The second cd is the revolutionary Harper, the left coast activist, the fist-in-the-air protesting hippie, and the Peter Tosh fan. Green Day should be taking notes because this is how a real protest album sounds. In other words, you don't need to use saran wrap for your veiled references because intelligent fans understand subtlety. The cd opens with the sounds of the Middle East on "Better Way", a raw cut which effectively mixes Harper's Weissenborn with the Tambura. The title track "Both Sides of the Gun" is a funk-infused cut which doesn't just criticize the war but also reveals Harper's own confusion with the war: "Living these days is making me nervous, Archaic doctrine no longer serve us, Now we're left as silent witnesses, We don't know quite what this is, Other than a war that can't be won . . . One dimensional fool, In a three dimensional world. Politics, it's a drag, They put one foot in the grave, And the other on the flag . . . Living on both sides of the gun." Harper also angrily criticizes the response to Hurricane Katrina on the excellent "Black Rain" which ends with the revolutionary lyrics: "It won't be long 'till the people flood the streets, And take you down one and all, A black rain is gonna fall."

Both Sides of a Gun is an excellent album which I believe shows that Harper is not just another musician but on his way to becoming a legend.
Posted by John den Boer at 9:53 AM
Email ThisBlogThis!Share to TwitterShare to FacebookShare to Pinterest

The video for "Better Way" can be seen here http://www.video-c.co.uk/micrositedisplayfull.asp?vidref=benh003&page=watch&FileType=ADSLProg

Is that you Phil?

Thanks for the recommendation, John. What other albums of Harper should I check out?

I'm glad you enjoyed it, Piet.

I have a difficult time choosing my favourites but to start I'd recommend:

There Will Be A Light (with the Blind Boys of Alabama)
Burn to Shine
Fight for Your Mind
Diamonds on the Inside
and, hmmmm, Erika Gysbers recently recommended one of his live albums to me . . . I think it was Live from Mars.

Anyhow, they're all pretty good so you can't really lose.

And I don't think Anonymous is Phil because Phil is usually pretty funny.

I'm assuming anonymous wasn't paying attention to the video or, judging by the insightful critique, that they're some kind of angry Nickelback fan.

good job on the review john. i bought the album when it first came and out, and have (and continue to) thoroughly enjoy it. there are two versions of the song "better way" which can be heard at benharper.net, you may have already heard the slightly tamer than album version on the radio. there are also some good videos that you can watch on that website.

piet, john mentioned the album "welcome to the cruel world" in his review, but didn't mention it in his recommended list. i would highly recommend this album. it's really good.

john and piet, the album "live from mars" is really good as well. it's similar to "both sides of the gun", in that one disc is more mellow while the other disc is harder and more "amped-up". there is some really great stuff on this album, including a bit of led zepplin's "whole lotta love" in the song faded.

ben harper is an incredible artist and musician, and i would highly recommend seeing him live in concert if you get the chance.

gotta check this guy out.

Hey Aaron, did you buy the special limited edition album with the six extra tracks? I didn't, but I was wondering about it.

john, i wanted to... but my $$$ can only be stretched so far. also i know how you hate the papery/cardboard cases that a lot of cd's seem to be coming out in. when i bought "both sides of the gun", the cd's were in there so tight, that when i pulled the white cd out it caused a slight tear in the cover. i realize this is not the end of the world, but i am a little ocd when it comes to my cd's.

hey john i don't know if you have seen this yet, but damian marley is playing with ben harper on the tour. i haven't seen any dates that are close to home, but i am keeping my eyes open.

no, that wasn't me, i did not find this boring at all, i am always interested in hearing what the prime minister's step-brother is up too.

however, i did find aarons posts very boring.

Aaron: Yeah, I tore the case too, the white part. I may just use another case to store those cd's, so that I don't damage them. Yeah, I saw that Damian Marley was touring with Ben Harper and I was very excited. The closest place I saw was in New York . . . but things change. If we can we should definitely make a road trip or something.

Phil: I didn't really think it was you. Are you up for a movie on Saturday?